Mr. Nicholas is a senior managing partner of Bernstein Litowitz Berger & Grossmann LLP.  Mr. Nicholas is widely recognized as one of the leading securities litigators in the country.  He has successfully represented private and public institutional investors, including some of the largest insurance companies, in high-profile actions involving federal and state securities laws, accountants’ liability, market manipulation, and corporate governance matters.

Mr. Nicholas has successfully resolved actions on behalf of some of the largest insurance companies, mutual funds, investment advisors, hedge funds and public pension plans in North America and Europe.  He served as Lead Counsel on behalf of prominent mutual funds, hedge funds and a public pension fund in a direct action against Tyco International and certain of its former officers, which was successfully resolved for over $105 million and represented a significant multiplier over the recovery in the securities class action.  Recently, Mr. Nicholas represented seventeen prominent institutional investors, including the largest retirement system in the country and the largest asset manager in the world, in a direct action that was successfully and confidentially resolved against Countrywide Financial, certain of its former executive officers, and KPMG LLP. Mr. Nicholas has also performed pioneering work on behalf of such institutional investors as TIAA-CREF, Thrivent Financial, Allstate, and NY Life that has served as a model for other institutional investors that have sought to recover losses from the Wall Street banks that packaged and sold toxic mortgages as AAA-rated mortgage-backed securities to investors.  Examples include individual actions against Countrywide, Deutsche Bank, Morgan Stanley, and JP Morgan.

Mr. Nicholas is currently representing BlackRock, PIMCO, TIAA-CREF, Prudential, AEGON, and several other prominent institutional investors in six representative actions pending in the U.S. District Court of the Southern District of New York against the principal financial crisis-era RMBS trustee banks: U.S. Bank, Deutsche Bank, The Bank of New York Mellon, Wells Fargo, HSBC, and Citibank. The actions are brought by the plaintiffs in their representative capacity on behalf of over 2,200 RMBS trusts issued between 2004 and 2008, and seek recovery of billions of dollars in damages to the trusts and certificate owners as a result of the trustees’ breaches of contractual, statutory and common law duties.

Mr. Nicholas also has extensive experience representing institutional investors in securities class actions, litigating such well-known cases as In re Maxim Integrated Products, Inc. Securities Litigation, which settled for $173 million – the largest options backdating settlement in the Ninth Circuit.  Mr. Nicholas has also been specifically recognized for his work in the Clarent securities litigation before the U.S. District Court for the Northern District of California, where the firm served as Co-Lead Trial Counsel.  After a four-week jury trial, in which Mr. Nicholas delivered the closing argument, the jury returned a rare securities fraud verdict in favor of the shareholders against the Company’s former CEO.

“To provide some background, my interest in ACIC began following an invitation from Tina Smith at Thrivent to serve as a panelist at last year’s Spring Forum.  The session addressed important considerations for institutional investors (including insurance company investors) to consider when retaining outside counsel to prosecute securities litigation matters, including in opt out cases.  I found the panel discussion to be highly-informative for the attendees and panelists alike.  I look forward to continuing my involvement with ACIC to further develop symbiotic relationships with the members and to enhance educational experiences within the institutional investor community.” 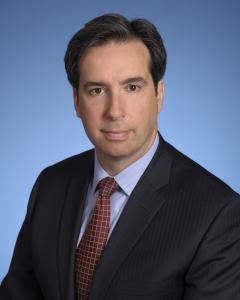 Craig Kline is head of the firm’s Project Development and Finance practice. In addition, he founded and leads the firm’s interdisciplinary Renewable Energy practice. His practice is focused on domestic and cross-border project finance transactions, renewable energy transactions, structured finance and leveraged leasing. Craig has represented a wide variety of commercial and public institutions, including developers, utilities, lenders, issuers, lessors, lessees, credit support providers and trustees. He also has experience with the securitization of financial assets, synthetic leasing, secured lending and bankruptcy. Craig is also the author of the solar energy portion of the ABA Treatise, The Law of Clean Energy. Craig has advised clients on transactions involving a wide variety of assets and jurisdictions. He has advised in matters involving power and energy generation and distribution facilities (including renewable energy: solar, wind and biomass facilities), aircraft, rolling stock and other rail equipment, vessels and other maritime assets, telecommunications equipment, real estate, waste facilities and manufacturing plants. In addition to U.S. domestic transactions, he has closed many cross-border transactions in connection with assets or counterparties located in, among other jurisdictions, Australia, Austria, Belgium, France, Germany, Hong Kong, Mexico, the Netherlands, Portugal, South Korea and the United Kingdom. Craig has served as counsel in over 300 solar project transactions in the United States, including projects in Arizona, California, Colorado, Connecticut, Hawaii, Florida, Maryland, Massachusetts, New Jersey, New Mexico, New York, Ohio,  Oregon and Pennsylvania. These transactions include both utility-scale power  plants and customer-sited distributed generation systems. His experience with project finance structures includes construction finance, partnership flips and saleleasebacks, leveraged transactions and take-out debt.

“I have heard many good things about the organization from my former law partners, Caryn Hemsworth and Carolyn Alford.  I was delighted to have the opportunity to join to bring my experience in renewable energy investment and to learn from my peers.”

I am currently Assistant General Counsel at AEGON Asset Management, U.S, based in Baltimore, where I focus on investment transactions, including private placements, private equity and structured finance, along with related restructurings and workouts.   Prior to joining AEGON in 2012, my  practice focused on project development and finance and energy-related M&A at several large international law firms.

“I have really enjoyed attending ACIC conferences over the last couple of years, as the information keeps our team fresh on what’s happening in the marketplace, as well as informs us about areas of heightened focus in the investor community.  Both the education and the networking is valuable.   I look forward to becoming more involved in ACIC in future years.”